December marks an exciting time of year – a sudden awakening for the Christmas fanatics and an excuse for the hyper-critical to get out their notepads and loosen their jeans to embark on a taste testing mission. I’m much accustomed to the Christmas sandwich taste test so I thought I’d change things up a little for myself this year and have opted to review mince pies instead.

Mince pies have been a fundamental part of the British Christmas dating all the way back to the Tudor era, although originally being made with real meat. During the Stuart and Georgian era, the pie served as a status symbol for the rich who would flaunt their wealth by laying on a spread of mince pies for their guests during the festive period. It was also said back then that if you ate mince pies every day in the 12 days run up to Christmas you would have happiness for the next 12 months – so things are looking up for me in 2018 after completing this taste test; I have certainly eaten my share to great happiness and my societal status has rocketed.

And the winner of this inaugural (and prestigious) Phipps Mince Pie Taste Test is? 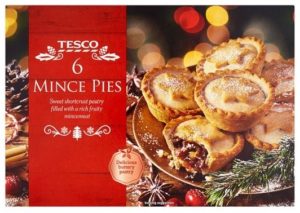 Good crumbly pastry, but not too crumbly – holds its shape as you bite into it. Filling arguably too sweet – could do with more spices. Overall, enjoyable with room for improvement. Not much more to add on the matter. £1.00 for 6. 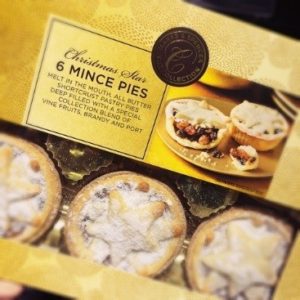 The icing-sugar dusting and snowflake pastry designing was aesthetically pleasing – a great start. Pastry not too thick, a good give (not too crunchy or crumbly) and an excellent level of filling. Buttery scent and addition of brandy much appreciated, cutting through the sweetness a little. Excellent quality although not such a competitively priced option at £2.50 for 6.

Whilst some satisfaction was drawn from eating something so sugary you wouldn’t have been allowed to even look at it as a child, the level of sugar in these mince pies was too much to handle putting them on the cusp of being deemed some sort of legal high. The spices in the mince meat were hidden behind the kilos of sugar, and the pastry, although enjoyable in taste, was burnt black around the edges. A disappointing excuse for a mince pie. £1.75 for 6. 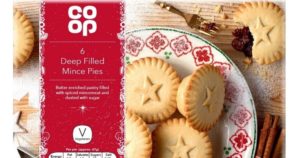 Having had all mince pie expectations dashed after the Greggs abomination, this little pie came as quite the surprise. With a perfect buttery, almost biscuity, pastry and a generous amount of filling we were definitely onto something good here. The filling was sweet but made manageable by the smaller size of pie but ultimately let down by the lack of spices, missing that extra note of Christmas in taste. £1.00 for 6. 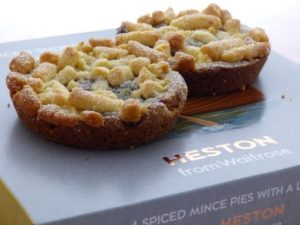 A revelation. The perfect ode to the history of the mince pie – a luxurious status symbol. The substitution of the shortcrust pastry lid for the buttery crumble on top was ingenious, offering each mouthful an extra ever-so-slightly chewy bite to it. The mince meat was perfectly spiced with cinnamon, nutmeg and clove – a mouthful of Christmas if you will. And let us not forget the spiced pastry casing and layer of zingy lemon curd to cut through the sweetness. Marked down a point at the final hurdle for straying too far from the mince pie conventional norm. £3.00 for 6. 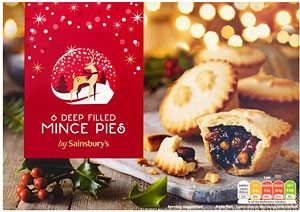 This was a pretty little mince pie, with perfect crimping around the edge and a light dusting of fine sugar on top. Unfortunately however, after wrestling with the mince pie to get it out of the casing the entire body disintegrated. Although the pastry was a little too crumbly, the mince meat was nicely spiced, hitting a home run on ‘Christmassy’ flavour. Plausible but arguably forgettable – but at just £1.00 for a pack of 6 we can’t complain too much.

So there we have it, Christmas can now officially begin!

From all of us at Phipps, a very Merry Christmas and Happy New Year to you all.

How I insured Angela Mount’s taste buds for £10m

The Power of Storytelling